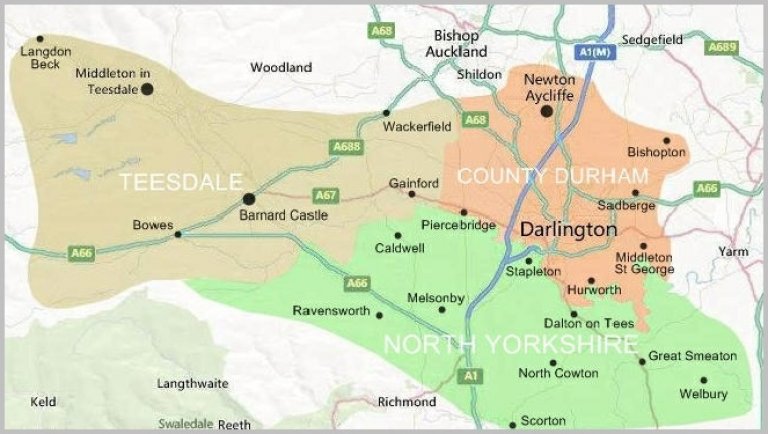 The Darlington Branch of the Campaign for Real Ale was formed on 19th May 1982 in the Collector's Arms in Houndgate, a tiny bar above an antiques market off Houndgate. It was a pub which had a short life but now has its place in history. The Collector's was a rarity in Darlington, not only in serving real ale but in also being a free-house. At the meeting no fewer than 63 people turned up; remarkable for an area with only 35 CAMRA members. Initially forming as a sub-branch of Durham CAMRA, Darlington CAMRA was up and running !.

The main focus of the campaign, to increase the availability and range of real ale has been extremely successful. Things were bad in Darlington in the 70's and 80's and traditional beer almost died out, and the area was one of the worst in England for a decent pint. Only around 50 out of 200 pubs in what is now the branch area served real ale. In Darlington itself the situation was much worse as only 11 pubs sold 5 different real ales:

Today the situation is much, much brighter. In our branch area there are approximately 130 places to find cask beer with many different beers on offer, and Darlington itself can boast around 30 outlets with around 60 different ales.

However, all is not perfect. Independent breweries, in particular well established and family firms are still folding. Community pubs are disappearing fast, while pub chains are strengthening their stranglehold.

But without Darlington CAMRA things would be much worse. So join us in toasting over 35 years of campaigning for real ale in and around Darlington.